Chandro Tomar (shooter dadi) is an octogenarian sharp shooter from a village in Uttar Pradesh.

The first shot itself she ever fired hit the bull's eye.

Ever since then she's won 30 national championships - a classic example of immense talent.

She is known as the oldest (woman) sharp shooter in the world.

There's been a movie made recently in Bollywood called 'Saand Ki Aankh' as a tribute to the shooter dadi.

"When I started shooting, I was already 65. I took my granddaughter to Saifali and handed her a loaded gun but she got scared. Then I tried a shot and it hit at 10 in the first time," said Chandro Tomar.

Born and raised in a time where the only 'weapon' that suited in a woman's hands was considered to be the belan, these two women think way ahead of their time and believe that girls shouldn't be kept in their houses as they as no less than boys.

To visit the sharpest shooter dadi, visit the ITCH Summit 2020. 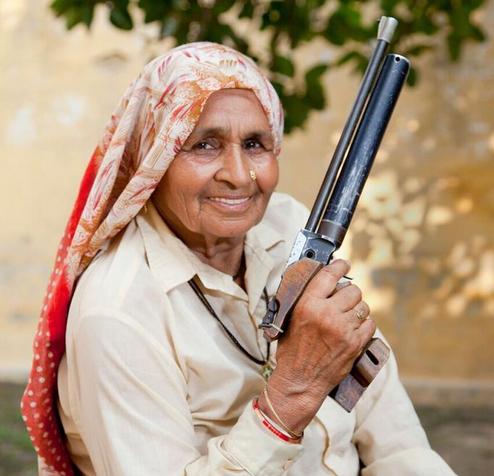