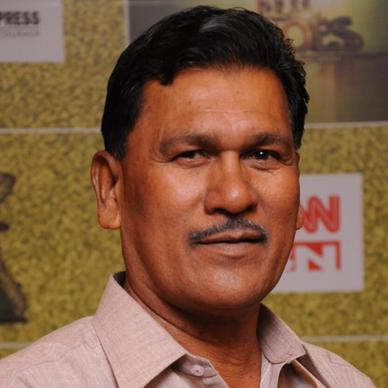 AN ITCH TO UPLIFT UNDERPRIVILEGED CHILDREN & CHANGE LIVES THROUGH SOCCER.

Vijay Barse is one of the few people who didn’t begin with the focus on fame, money or personal growth.

This journey began almost twenty years ago when he came across underprivileged children playing football in the rain on a mucky hockey ground. Being a sports teacher at Hislop College (Nagpur), the first thing he noticed was how this sport kept them away from potential negative influences like cigarettes and alcohol and theft. That was when he decided he needed to do his bit for them and bring about a change. To begin with, he just bought them a football to replace the broken plastic bucket they had been playing with. But as he saw them playing he got motivated and made it his life mission to transform the lives of these children.

He used his retirement earnings and bought a plot of land to finally turn into a coaching academy to help these children get better at the one thing they loved most. From a turnout of 128 teams in the very first tournament in Nagpur to approximately 2000 teams in Maharashtra, Barse has changed the meaning of football for a large group of children - from a sport to a way of life.

In 2008, this Indian team made it to the Homeless World Cup.

Barse was bestowed with the Real Hero Award in 2012 by Sachin Tendulkar to appreciate and encourage his valiant effort to change lives for the better.

To learn more about this Real Hero, visit the ITCH Summit 2020.