When you possess the ability to inspire people and push them to be a bigger leader than you, you are the true leader and a bigger person.

This could be said about the wealth specialist, global speaker, business advisor and thought leadership mentor, Author. Founder of The Successful Male and Managing Director of Maple Tree Wealth. But that's not all that he is. Ron Malhotra possesses the ability to recognize true potential in people and finds ways to improve people's lives by educating them in the form of advising, consulting and mentoring. He believes the true form if enlightenment is enlightening others.

He has been featured in various magazines to tell us about his take on success such as, Australian Financial Review, Money Magazine, Smart Investor, Entrepreneur, ABC, Australian Financial Planner and The Huffington Post. His passion is directed towards assisting other people to have a fulfilling, successful and wealthy life. He is the true form of people’s person. He dedicates his growth in the well being of others around him.

Inspiring people to achieve unimaginable things, teaching them to use their capabilities to the best of their abilities, impacting people's lives and empowering people to thrive by bringing about constructive changes to them. He is invested in making the world a better place with education not restricted to academics but changing the understanding of living the life as a better human being and a bigger human being.

Ron Malhotra is a powerhouse of positivity, inspiration, creativity and his success is skyrocketing.

To meet this powerhouse, and gain more insight visit the ITCH Summit 2020.

AN ITCH TO MAGNIFY LIFE'S POTENTIAL

"Think Big, Live Bigger, Lead With Vision, Be The Best Version Of You.” — Ron Malhotra 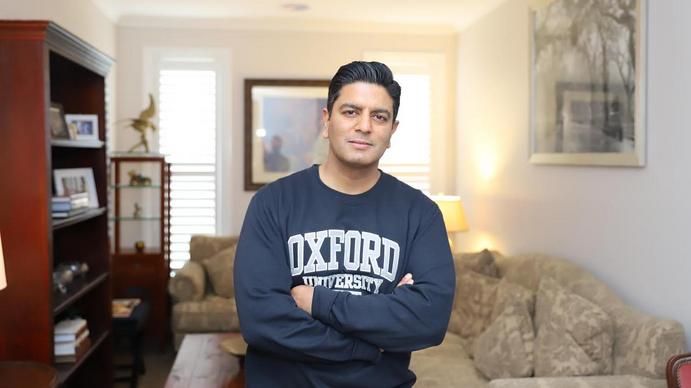