“When the going gets tough, the tough gets going.” 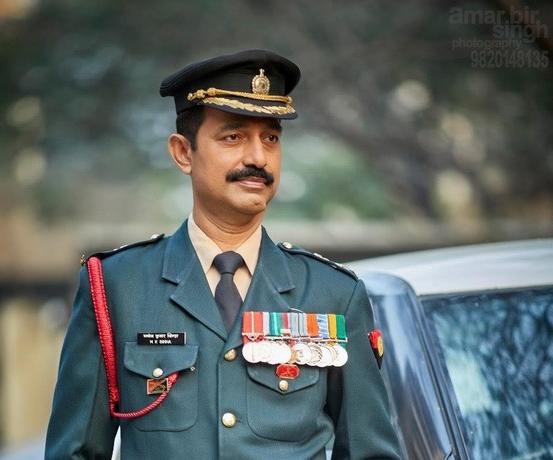 Lt Col Manoj Kumar Sinha has been awarded ‘Sena Medal’ for gallantry in battles. It is from the experiences that one can only have in Army that he draws some his understandings in life. From his personally interaction with enemy and it’s intent towards India he realized what India meant for him. In a battle when a bullet tore through his jaw & neck taking him through an experience of almost certain death, he understood life. In his new life was also born an itch to be creative. He through his poems, writings and voice began to spread stories of the courage and sacrifice through live shows, documentaries, light & sound shows and live commentaries on TV on national ceremonies.

Following his itch of creativity but carrying the patriotism of a soldier, he took voluntary retirement from the Army. Continuing to be a TV commentator on occasions of patriotism he writes movie scripts and now also goes around speaking specially to the youth. He has also been interviewed by CNN News 18, Lok Sabha TV, ABP news and various radio channels.

Lt Col Manoj is also a breaker of stereotypes. For him the country comes first followed by the soldier and then the rest. His immense patriotism and love for his nation is awe inspiring. Through a highly successful Gillette advertisement featuring him, the world came to know that beneath a tough soldier; he is an emotional man who says that boys can cry, men can cry and even soldiers can cry.

In a society where expressing is often perceived as a sign of weakness, encouraging men to talk about the last time they cried attempts to shatter this stereotype. Lt Col Manoj Sinha’s itch to encourage boys and men around the world to embrace their vulnerability is truly impressive.

To meet this inspiring patriot, and gain more insight visit the ITCH Summit 2020.

Brought to you by NMIMS SOBA and PKSBE